These P90 pickups by Seymour Duncan don't get nearly enough attention and recognition among guitar players. They're the set I never knew I needed. Until I tried them and heard what they have to offer.

You see, I had always been under the naive impression that there were only two types of pickups. Being single coils and humbuckers. Having played blues and rock guitar for most of my life, those were the only tones I needed. Or were they?

Flash forward a few years later and I found myself, by absolute chance, with a les paul guitar loaded with Phat Cat P90s. Striking the first few chords and playing a couple of licks, I knew this was the tone I was after.

What are the Phat Cats?

For a good portion of my guitar playing career, I played through Stratocasters. and then later on Les Pauls. Each served different purposes to me. It was only a decade later that I had heard about P90 pickups. They're the soap bar looking pickups which are found in some of the first electric guitars ever made. Furthermore, after being introduced to them, I had always begun to associate P90s with the more affordable types of Gibson guitars. So as a result, I had never thought of trying them out due to this absolutely wrong perception I had.

Then, as I mentioned above, I found a guitar in my hands, plugged into a tube amplifier, loaded with these exact Seymour Duncan phat cat pickups. They're a little bit different to your traditional or original versions.

These are a humbucker sized P90. which come as a set, bridge & neck. or as individual pickups for a choice of the bridge and/or neck.

You're probably thinking by now, how can a P90 be a humbucker and vice versa? Let me answer.

Why would you need a humbucker sized P90?

The simple answer to this question is that many guitar players own guitars that have humbucker pickups already installed. But would like to have P90 pickups instead. 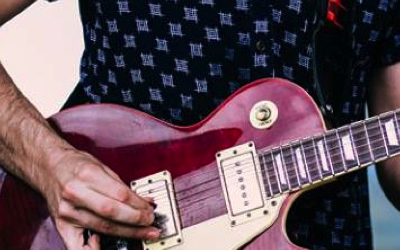 P90 pickups are traditionally smaller than humbuckers and are generally a different size.

therefore in order to have P90s in a guitar that has humbuckers, you would usually have to make modifications to get them to fit.

With the Duncan phat cat pickups, absolutely no modifications have to be made to the guitar.

A great example of this would be a Gibson Les Paul that comes with stock humbuckers.

The guitar player is able to take those stock pickups out easily and replace them with P90 single coils instead.

P90's are a single coil pickup that can be found on some of the oldest guitars out there.

This is because they were one of the first pickups ever produced. They also have the nickname "soap bars" because they resemble that of an actual bar of soap.

However the Seymour Duncan phat cat P90's look exactly like a humbucker whilst maintaining all the sound characteristics we are used to from the vintage P90's.

We like to think of them as the perfect combination between single coils and humbuckers. It takes the best of both worlds from each pickup and blends it into one perfectly sounding rock machine.

The phat cats will be able to deliver the output and sustain of a humbucker whilst maintaining the articulated, defined and clear sound of single coils without the compressed sound generally associated with humbuckers.

How Do The Pickups Sound?

These come with an Alnico 2 magnet which is generally found in older and vintage pickups. Pretty much the exact same output as most old PAF type of humbuckers.

They are also typically much lower in output than more modern guitar pickups. However, pickups with these type of magnets will produce a smoother and more well-rounded tone with a crisp punch in the midrange.

This increase in midrange allows the pickup to cut through. Which is a characteristic P90's are very well known for.

They're exceptionally lively, especially on the bridge pickup. And give you a very fat and clear tone on the bridge. However, many guitarists feel that the bridge especially lacks a little bit of the low end. Which is more prevalent in your traditional p90s. I don't mind the slight loss of low end as I believe it is what makes these cut through any mix more so than others. But, as per always, will come down to personal taste.

By installing these in your guitar and using volume & tone controls to vary the sound, you are able to get a wide variety of tones out of these pickups. You can use these pickups for almost all different types of musical styles and genres. Personally, I use them for blues, rock and indie music. But, you can even play country and achieve twang. Such as that from a Telecaster. They can also handle gain very well.

When you think of a humbucker, you immediately associate tones such as thick and muddy. Very rarely are these associated with clear notes. Because, after all, that is what the single coils were made for. But these combine the clear notes of the single coil and merge them with the fat and warm sound of the bucker. Furthermore, the p90s won't compress as much as the single coil will. Having said that, they're easily equipped to handle anything from clean tones, all the way to crunch and lead. Essentially, they are a very versatile pickup. The only downside is that they do produce the 60-second cycle hum which is a common characteristic of the singles.

The Phat Cat Pickups In Action

I tested the phat cat pickups on an entry level Les Paul copy made by Tanglewood. And wow were the results astounding! The stock humbucker pickups on the Tanglewood were actually really good. The stocks were Entwhistles which are made in the U.K. The stock Entwhistles are PAF-styled and sound just the same. I still sometimes miss those pickups in my guitar but the results of the Phat Cats have been astounding. I swapped these out with the Seymour Duncan and it took a good guitar to a new level of sound.

To the point where the guitar could easily be used on recordings and for live gigs. The tone is now well rounded smooth whilst still being able to cut through any mix especially on the bridge position. 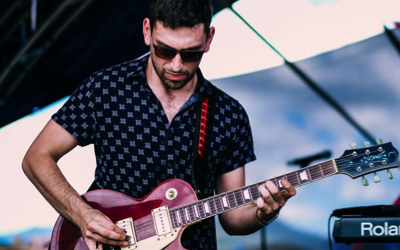 I decided to do another test. This time though I wanted to hear them compared to original P90's.

The Duncan's impressed yet again and easily stood up to the regular p90s.

One thing I noticed was using the two pickups together to create a humbucker.

When the neck and the bridge Phat cats are used in conjunction with one another, they eliminate the hum.

Much like a humbucker would work. This is due to the fact that Duncan's are wound with reverse polarity. Due to their similar nature to PAFs, I opted for 500K pots. I also added capacitors of 0.22 uf. If you have any trouble wiring them in, check out SD's website. When purchasing, instructions are also included. You'll pretty much just need a soldering iron and you will be good to go.

I did another test a few months later. This time, I compared the project guitar with a 1972 Fender Telecaster Deluxe reissue. This is the tele that comes with two wide-range humbuckers. And I compared it with my phat cat-loaded guitar. The '72 Fender Telecaster Deluxe pickups are known to be a humbucker. but sound somewhat different from the traditional tone of them. To my ear, the Fenders are muddier and more muffled. Especially in the neck position. I then plugged in the guitar with the new Duncans. Switched immediately to the neck position. and I was pleasantly surprised to hear how alive, clear and responsive they were to my playing. In fact, I could almost compare the sound of the neck to that of the neck pickup of a neck pickup from an original Telecaster.

These pickups will do great in almost any guitar. however, their sole purpose is to allow a P90 to replace a humbucker without having to do any modifications to the guitar. For example, an Epiphone Les Paul or Epiphone dot would be fantastic examples of the types of guitars that could be used for these. With that being said the following are good guitar options:

Do they sound authentic?

With that being said, these are high-quality pickups which can definitely compete with some of the best P90's out there. Sure they may sound a little different to the original P90 but they definitely maintain most of the characteristics of the P90 which makes these pickups the perfect single coil alternatively for your humbucker sized guitar.

If you enjoyed this review you might enjoy our review on the best Les Paul replacement bridge.